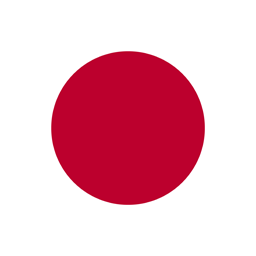 Ritsumeikan Asia Pacific University or APU, is a private institution inaugurated April 2000 in Beppu, Ōita, Japan. APU was made possible through the collaboration of three parties from the public and private sectors: Ōita Prefecture, Beppu City and the Ritsumeikan Academy.

There are two four-month semesters in one academic year. One semester is divided into two quarters lasting for seven weeks. Most of the classes in APU are carried out on a quarter system. Unlike many other universities, students are accepted for enrollment and graduate twice a year, in spring and fall.

APU offers undergraduate studies in subjects including liberal arts such as media studies, language subjects, and Japanese traditional arts. It offers special lecture subjects, which are added to and may change every semester. Students select their own classes and are not restricted to classes in their majors. However, students can only choose classes in their respective curriculum according to their enrollment year, for the curriculum has undergone changes three times since the university was founded.

The current undergraduate programs are conducted in the College of International Management and College of Asia Pacific Studies.

The College of International Management (APM):

Studying at APU means you will be residing in Beppu, a mid-sized city in southwest Japan and one of the country’s most visited locations. Your life here will have both excitement, living in a major tourist destination, and tranquility, with beautiful natural surroundings and relaxing hot springs. This area is also very affordable, with lower living costs compared to larger cities such as Tokyo or Osaka. The campus of APU itself will add another unique dimension to your life here thanks to the vibrant global community, convenient on-campus facilities and popular student-led events. 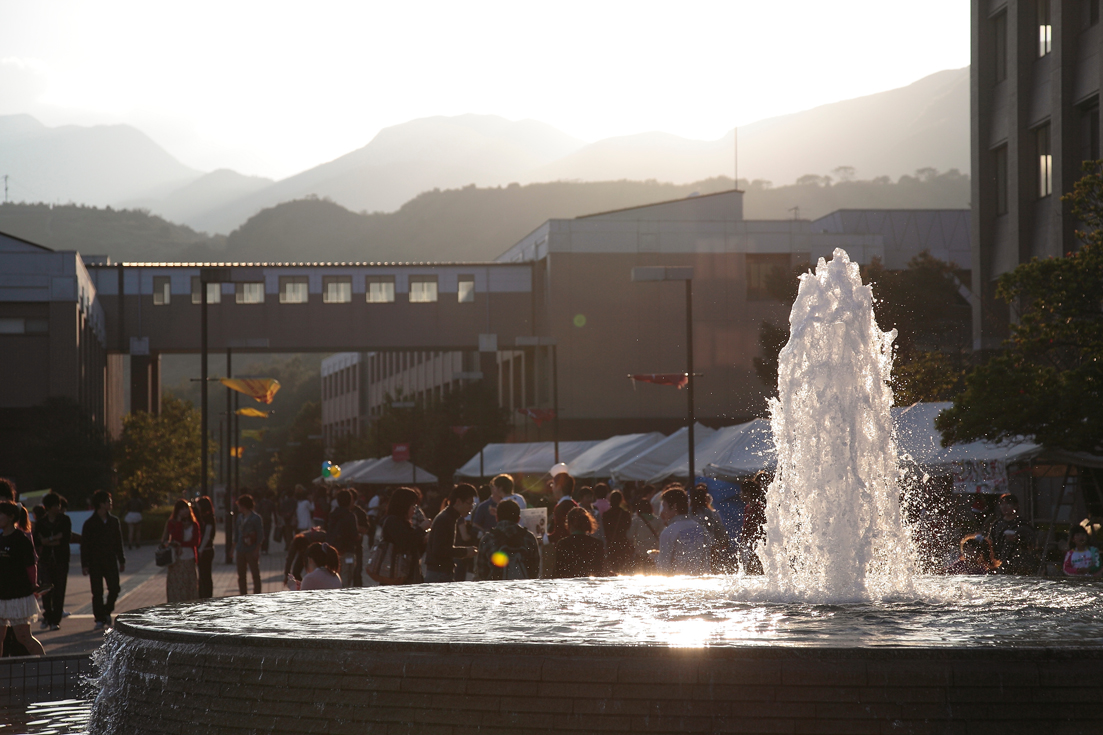 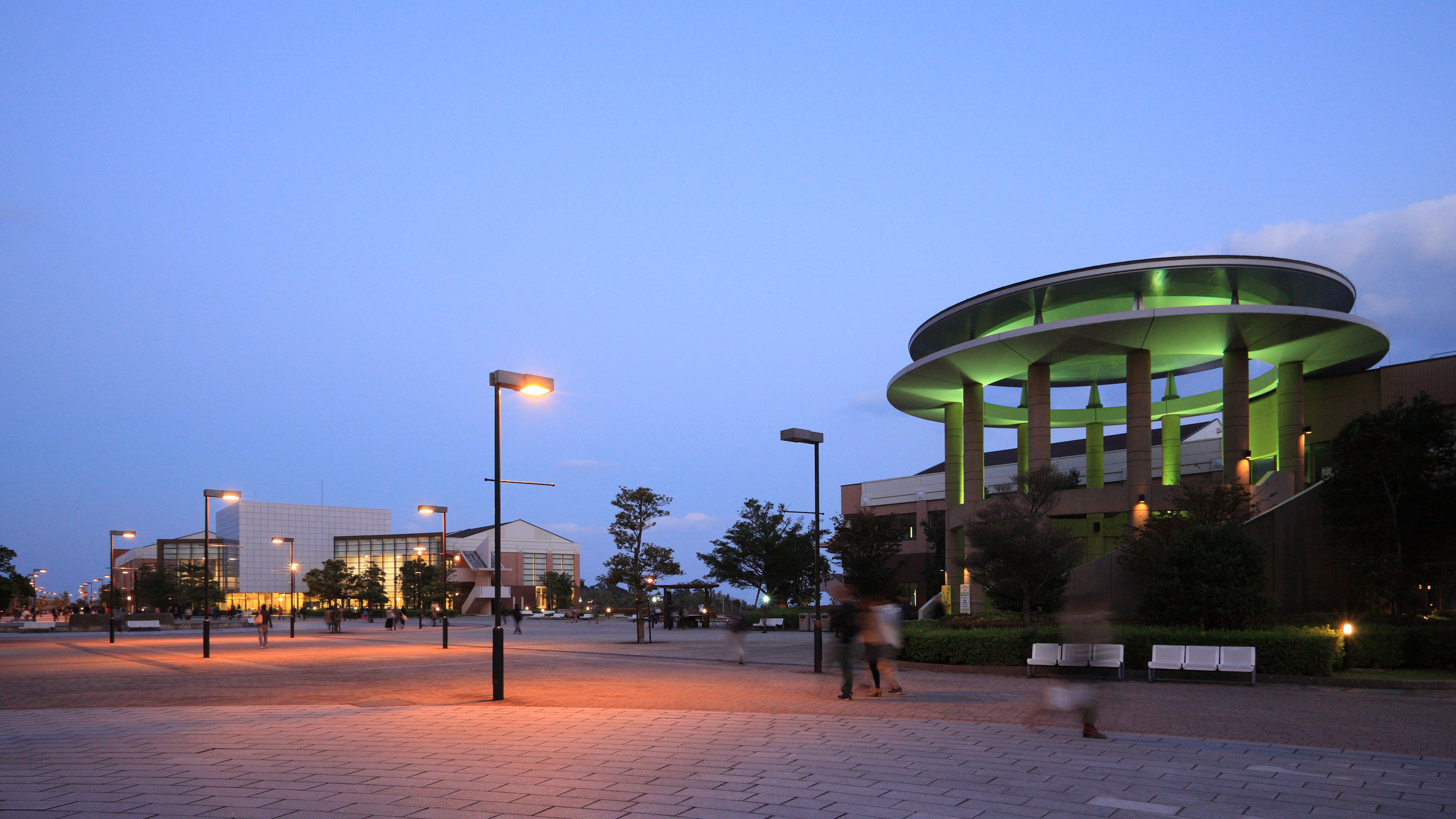 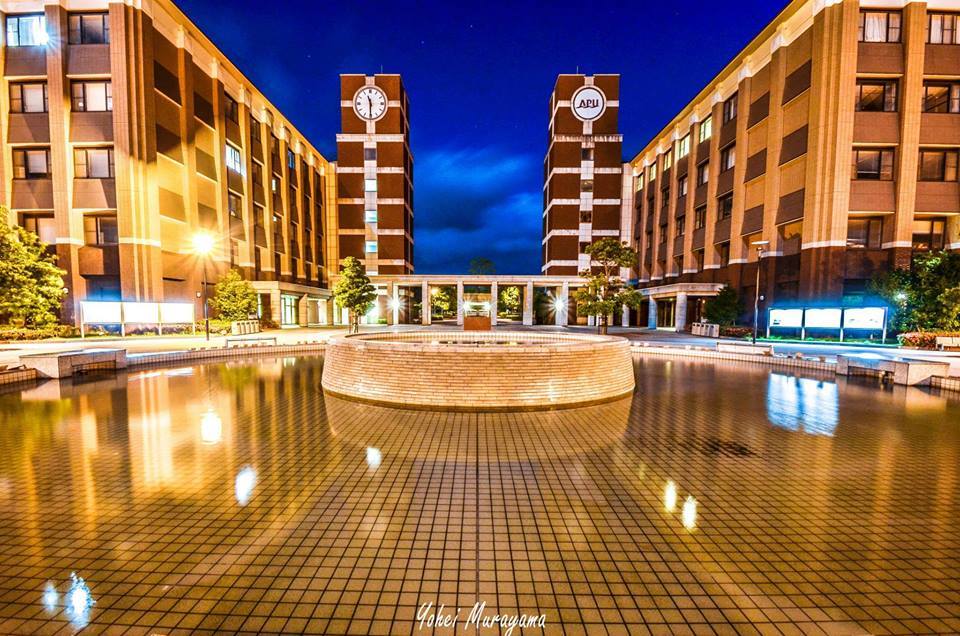 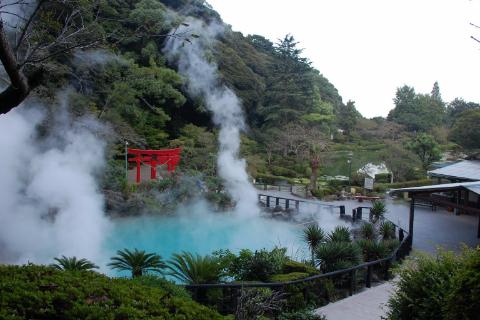 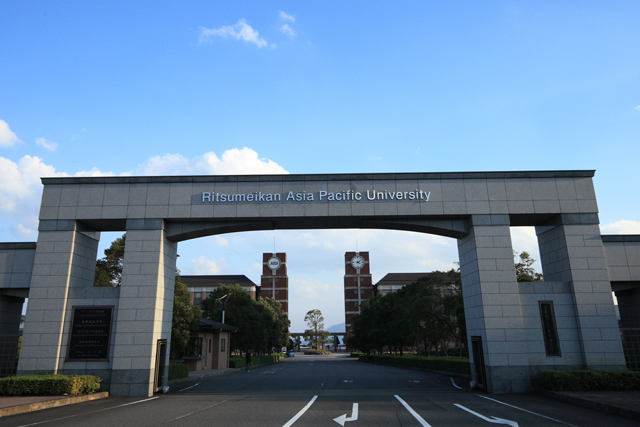 APU guarantees on-campus housing for all international students in their first year. From your second year, you will move off campus into downtown Beppu and choose between living in a private apartment and sharing a residence with other students. Rent in Beppu is almost half of what similarly-sized properties cost in major cities such as Tokyo or Osaka.

There are two large shopping malls in Beppu—Tokiwa Department Store and Youme Town—and both are conveniently located within walking distance of Beppu Station. From clothing, household goods to local souvenirs, toys, accessories, cosmetics, CDs and books, you will be able to find almost anything you need here. There are also 100 yen shops, supermarkets, a food court, restaurants and game centers within these shopping plazas for your convenience.

Beppu has 2,217 hot springs, known as onsen in Japanese, and people from all over Japan and other countries travel to Beppu just for the chance to soak in these to relax. During your time in Beppu, you can buy a coupon book specifically for Beppu’s hot springs, which features more than 150 affiliated locations that offer discounted deals. You can also get the Beppu Hatto Spaport, which is a hot spring passport that you have stamped any time you go to a new location. After you have gathered 88 different stamps, you will be recognized as an onsen meijin or a hot spring celebrity. Visiting different hot springs in Beppu is a great way to learn about the local culture and make acquaintances in the community. You can also try the ‘hell tour’, a popular tourist attraction that offers sightseeing around the eight major types of hot springs that exist in the area. These hot springs are known as “hells” because the water is too hot to soak in.

As a local community with rich traditions and a long history of welcoming tourists, Beppu has a major festival almost every month and a event nearly every week. Traditional festivals include the Hot Spring Festival in April, the Summer Festival in July and the Thousand Lights Festival of Beppu Park in November. Other local events include the Beppu-Oita Marathon in January, Tsurumi Mountain Hiking Event in April, the Beppu Community Walk in October, and the very popular Beppu Christmas Fireworks Show in December. You can enjoy these events either as an attendee or a performer, joining a local dance group or representing APU in a student group.

Being one of Japan’s most visited cities, Beppu has several tourist attractions that you can enjoy. Top attractions include Kijima Highlands Amusement Park, Harmonyland Hello Kitty Theme Park, Umi-tamago Aquarium and Takasaki Wild Monkey Reserve. In areas around Beppu, you can find the African Safari Zoo and the popular mountain valley town of Yufuin. Oita City, which is only 15 minutes away by train, has several shopping centers, museums, cinemas, and a professional soccer stadium. If you would like to see another part of Japan, you can take a two-hour bus ride to Fukuoka or an overnight ferry ride to Osaka directly from Beppu.